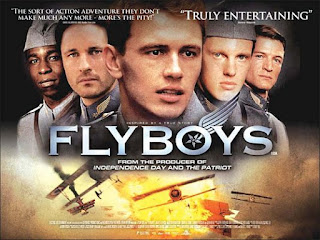 I was thinking about this review for the long time because I wasn’t sure what to write… If I could describe it with just one line, the result would be – a complete disaster, one of the worst WW1 movies I’ve ever seen.

The budget of this movie was 60.000.000 USD (compare to 18.000.000 USD spent on Red Baron in 2008) and in the result we’ve received a movie that is telling us everything but not the reality of the Great War. I really do not understand why this is a problem to hire someone with average knowledge of WW1 aviation and reality? Just the average, we’re not expecting the miracles…

I have the conclusion that the director and screenplay writer had confused the Great War with WW2. The German fighter plane attacking the column of French war refugees… the bomb raid over Paris, with close escort of fighters… all this looks like the scenes of the WW2 but just the old equipment. And again, the sky is full of Dreideckers as the only German plane. Maybe it looks great in the movie, but in the real world only ca. 320 of them were built (compare to 1700 Fokkers D.VII or 2500 Albatroses D.V). The aerobatics shown in the movie is great, but no WW1 plane could stand it. 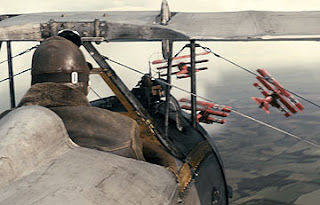 The sky is full of all-red Fokker Dreideckers...

Some of the scenes are really with no common sense, as the example the one when Blaine takes off after rescuing Lucienne, he killed the German soldier firing at him and kneeling. Could anyone explain how the machine gun mounted over the engine of the taking off plane is possible to fire at the man kneeling in front of it? 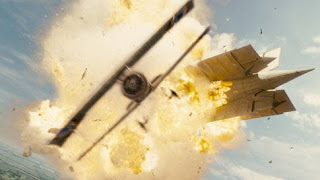 The Great War or Star Wars?

The characters in the movie are fictional; however the producers have claimed they were based on real persons. It’s hard to believe in it as the characters shown are just flat stereotypes. Just take the planes away, move them from France to the Wild West and as the result you would have a „B“ class western story. Additionally this movie is full of social clichés and sometimes I had the feeling that the romantic story is the main one and the war is only the background. And it’s really too long, not exciting at all. 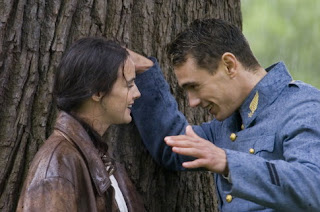 Is there a war outside?

If you want to get to know anything about the WW1, Lafayette Escadrille and aviation – look for another movie. If you want to see a tragic love story with the war in the background – spend your time with „Gone with the Wind“.

Do not waste your time with „Flyboys“.

And as the final conclusion – the rotary engine is called „rotary“ because… yes, because it is rotating. How surprising, isn’t it?
(JD)