The Eastern Front - places worth visiting.

The Eastern Front - places worth visiting.

This post is different from the others. First of all, it was written because some of "WW1 Buffs" fans were asking for it. Secondly, I plan this post to be edited in the future and some additional information would be added here.

1. Fortress Krakow - an Austro-Hungarian fortress build around Krakow in 19th century. Today, the majority of the fortification works have been preserved, some of them in almost perfect conditions, some in ruins. Almost all kinds of fortification works could be found there: artillery forts, fortified positions, field artillery posts, barracks, roads...

One of the artillery forts around Krakow.

"The Krakow Fortress touristic route" allows you to see most of the fortifications of the outer fortification ring. There is a small information board at every interesting point along the route, unfortunately the information is only in Polish. 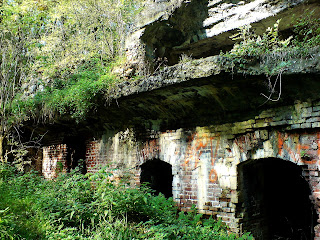 Another fort, this one was damaged after the WW2.

Many of the fortress buildings could be found in the city - it is recommended to see both Kosciuszko and Krakus mounds (the first one with partially preserved fort, the second one with the remains of another one, but with well preserved road), St. Benedict fort (one of few preserved round artillery forts, not open to the public), the buildings of "Politechnika Krakowska" (technical university) that are the former barracks and many others. 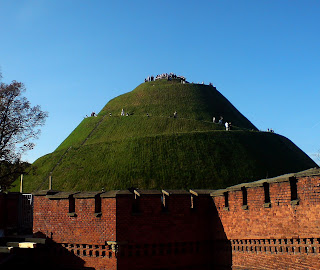 Kosciuszko mound with the Austro-Hungarian fort around it.

Here is one recommended link to the page about the fortress. The page is in Polish, but there are many photos there: http://www.twierdza.art.pl/index.html 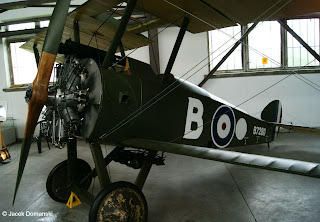 4. Michalowice - Komora (50.139239,19.969389) - a former border between Austro-Hungary and Russia. The place where the customs building was standing. In 1914 the soldiers of Polish Legions knocked down the border post, as a symbol of fighting for freedom against the partitioning states. There is a small monument there and information boards (also in English and German) with the photos of the border post and customs building. 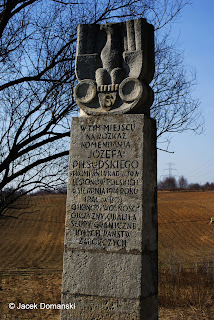 Important! The monument is close to the main road connecting Krakow and Warsaw and there is no place to park a car there. The nearest parking is at the shop/office across the road or down at the crossroads.

If you go there, park at the small parking near the cemetery (the coordinates mentioned above). The trenches are around the small hill with the ruined castle and easy to find. Please visit the cemetery as well - the soldiers' graves from that battle are there.

·    6. Fortress Przemysl - in 1914 it was the third biggest fortress in Europe. During the Great War it was under the siege three times. There were more than 40 forts in the fortress and many other fortification works.
Please find below the links to a blog about the fortress worth to be recommended and the web page (both in Polish, but there are many photos there):
http://www.przemysl.friko.pl/forty.html
http://www.przemysl-twierdza.blogspot.com/

There is also a touristic route around the fortress.

There were 400 military cemeteries bulit in Galicia, with more than 43.000 soldiers buried there. In 1915 Austro-Hungarian authorities established a special committee to take care about the dead soldiers, doesn't matter the nationality. The committee asked some of the famous architects to work on the project - depending on the architect's idea, the cemeteries were placed in the centre of the villages, near the main crossroads or on the remote hills or forests.

This project is so interesting that it needs a special note, as a part of our "War graves" series - and it will be here soon. In the meantime I can recommend you a page about those graves (the page is in Polish, but if you click on the map, you would be redirected to the region with the list of cemeteries there):

And there are some photos I've taken a few years ago: 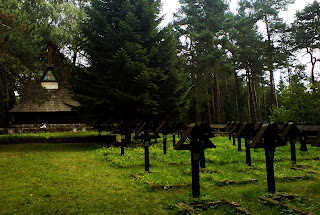 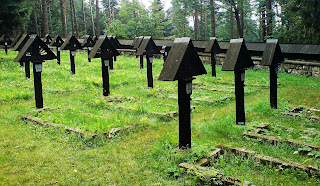 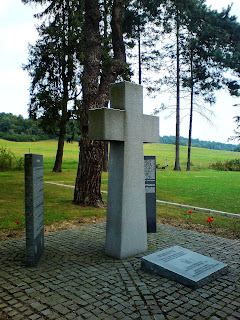 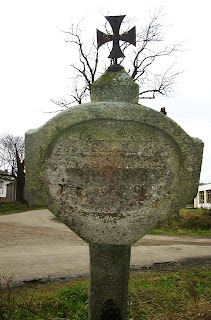 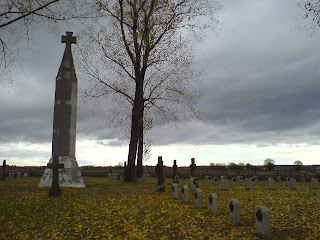 This post is intended just as the very first one. I'll try to add here more interesting places related to the Great War.
If you go to visit any of them please feel free to share your photos on our "WW1 Buffs" Facebook fanpage.(Please exsuse the lower quality of some photos but they were taken with the mobile phone/old digital camera).
(JD)

Email ThisBlogThis!Share to TwitterShare to FacebookShare to Pinterest
Labels: The Eastern Front