The war graves - part one.

Ypres Salient, Flanders, the Somme Battlefields, the Battle of Gorlice…

The cemeteries at those places are widely known ones, as well as many other big cemeteries from the Great War. We know them; we can read about them in newspapers, books, and internet.

But I do not want to tell you about those war graves today. I’d like you to think about your nearest neighborhood and the graves that are most probably forgotten.

This is just a short walk around the biggest cemetery in Prague, Czech Republic - Olšany Cemetery, established in 1680. The cemetery is really huge, consisting of 12 sectors and with the area of more than 50ha. Over two million people were buried there…

Let’s start our journey to the past, looking for the graves of the Great War. 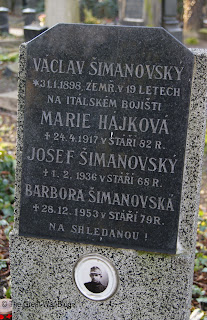 Vaclav Simanovsky - the grave of the WW1 soldier who died at age of 19 on the Italian Front. The portrait of this young man in the uniform is still there. 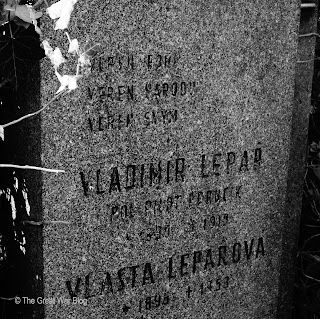 Vladimir Lepar – lieutenant, field pilot of Austro-Hungarian forces, died in 1916. The exact date and the place of the death are unknown. 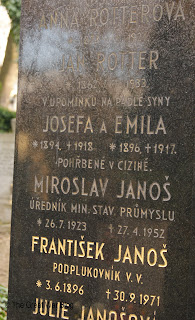 Rotter family – the grave in memoriam of two WW1 soldiers, Josef and Emil, who were buried abroad, probably near the battlefield in 1918 and 1917.
Frantisek Janos (the relative of them?) was on the Italian front and Balkan front during the Great War. He survived the war and died in 1971 as lieutenant-colonel. 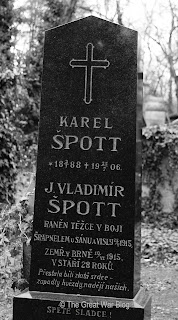 Those ones were just some samples, found during one short walk. There are dozens of such graves there – and if you’re interested in the story they’re telling – I can add more in the future.

I’m sure you’ve noticed that one grave was only in memoriam ones, the soldiers were buried far away from there, at the battlefield. There was no possibility for most of the people to visit the graves at the front line, even if the war was over. Many of such in memoriam graves could be found at the cemeteries around. This is one example I’ve found at the cemetery in small village of Chlum. 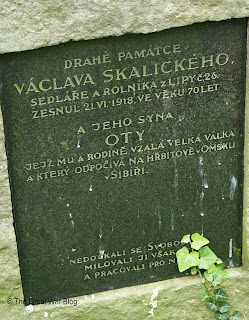 Ota Skalicky was a legionnaire of Czech Legion in Russia, he was buried at the cemetery in Omsk, Sibiria - almost 4000km from his village...

Is there an old cemetery somewhere around your place? If so, there is a possibility you may find some graves from the Great War there. They are hidden between the other ones and mostly not so easy to spot. But they are really worth not to be forgotten.

If you find any interesting graves please do not forget to share it at our Facebook fan page.
(JD)
at 11:59 PM

Email ThisBlogThis!Share to TwitterShare to FacebookShare to Pinterest
Labels: War graves and memorials