The Front Among Rocks and Ice - The Great War in the Dolomites, part one.

The Front Among Rocks and Ice - The Great War in the Dolomites, part one.

"The front among rocks and ice" were the words of the war veteran Gunther Langes. In my opinion this is the best brief description of the war in the Dolomites - a lonely frontline, not so famous as the Western Front.

And no one has planned it at the beginning. The Italian plan was short and simple - to cross the mountain passes quickly, advance to the valleys and march towards Vienna. This was the plan, but the reality was much different...

There is nothing better than photos, to show the specific of the Italian Front. I hope that those pictures would help you to understand the extreme conditions of the war in the Dolomites. The photos were found in the internet and I added some explanations there, based on some books and articles of the Italian front. 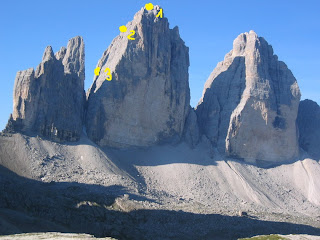 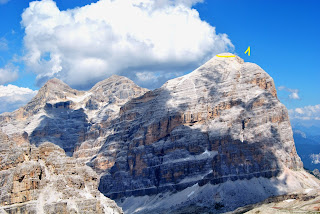 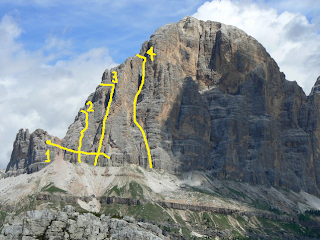 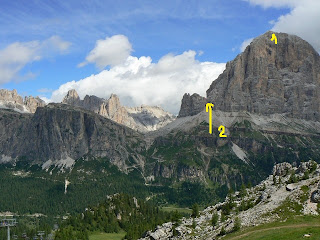 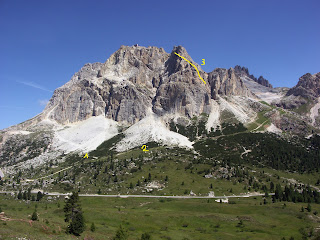 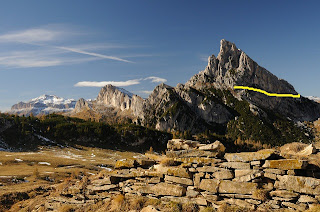 Sasso di Stria,(2.477m)
This was a fortified Austro-Hungarian post, unfortunately there was no safe way to get there. As the casualties of the supply-carriers were higher than the casualties in the fight, a special tunnel was made for the purpose of supplying the positions.

Email ThisBlogThis!Share to TwitterShare to FacebookShare to Pinterest
Labels: The Italian Front